Extra Time and Winner on the day Regulations

Regulations approved Ard Chomhairle on the 19th January 2019 and in accordance with Rules of Specification 3.4 & 3.6 T.O. Part 2 2019, that relevant games that finish level after normal playing times should be completed as follows:

If still level, a “penalty competition” to decide the outcome:

• The relevant rules in T.O. Cuid II shall apply in relation to Penalty Kicks/Pucks, unless otherwise stated.
• Penalties will be taken for goals only.
• The Referee shall choose the end at which the penalty kicks/pucks will be taken. The end may be changed by the referee if it becomes unplayable during the course of the penalties.
• The Referee will ensure two goal umpires are in place at the end in which the penalty kicks/pucks are to be taken; 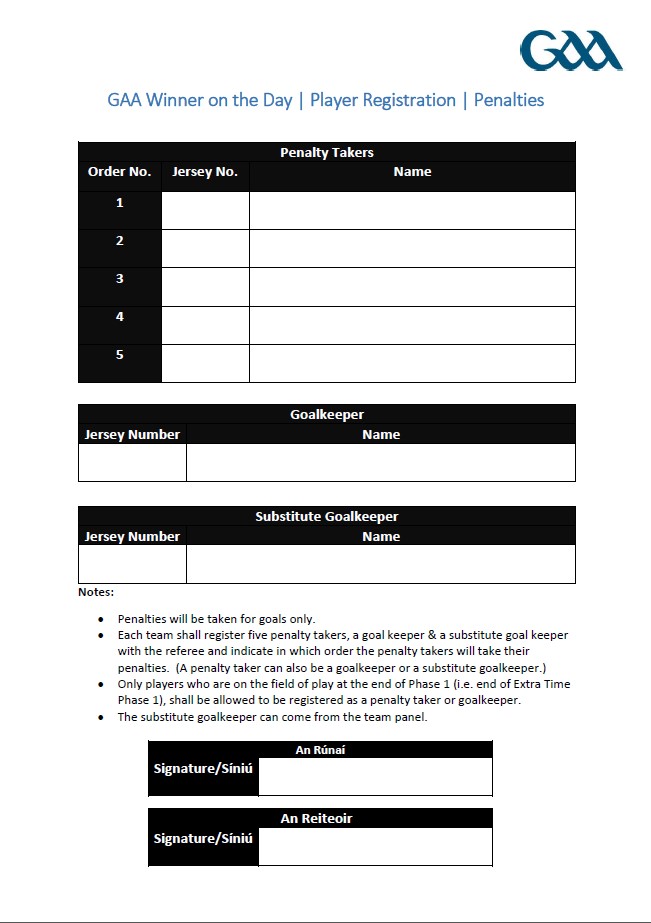