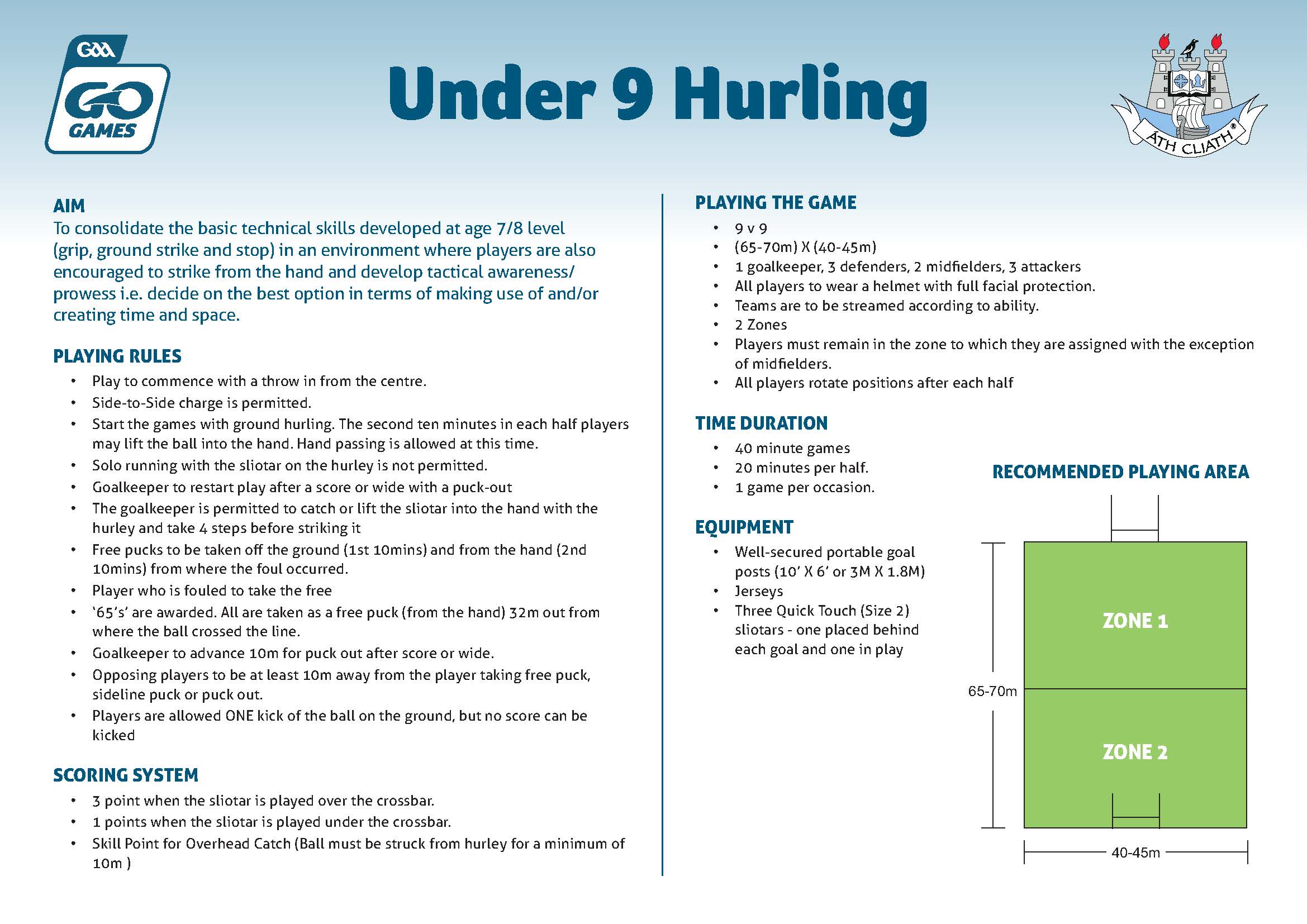 To consolidate the basic technical skills developed at age 7/8 level (grip, ground strike and stop) in an environment where players are also encouraged to strike from the hand and develop tactical awareness/prowess i.e. decide on the best option in terms of making use of and/or creating time and space.