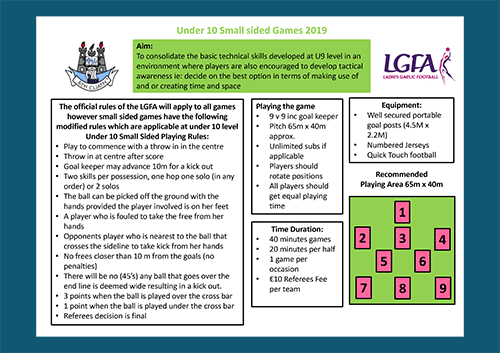 To consolidate the basic technical skills developed at U9 level in an environment where players are also encouraged to develop tactical awareness ie: decide on the best option in terms of making use of and or creating time and space.

The official rules of the LGFA will apply to all games however small sided games have the following modified rules which are applicable at under 10 level.