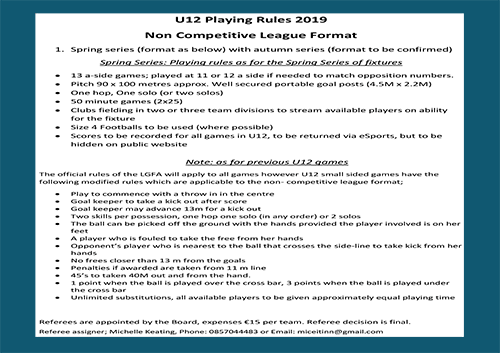 Note: as for previous U12 games.

The official rules of the LGFA will apply to all games however U12 small sided games have the following modified rules which are applicable to the non- competitive league format;

Referees are appointed by the Board, expenses €15 per team.

Referee assigner; Michelle Keating, Phone: 0857044483 or Email: This email address is being protected from spambots. You need JavaScript enabled to view it.